J, Chapman. Bushwalking in Tasmania
B, Wilkinson. The Abels - Volume 1 and 2
T, Thomas and A, Close. 100 Walks in Tasmania 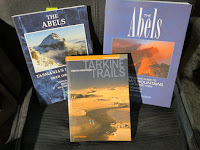 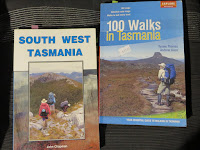 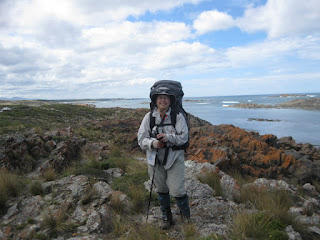 Me near Temma, the start of the Tarkine Coastal Trail in 2011 (just before the festive season) 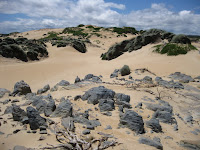 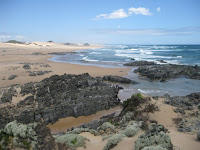 TasTracks
Wilmot River Walks - NorthWest Tasmania by Bill Sheperd whom I met on the trail early 2016 and was told of a nice camping spot. 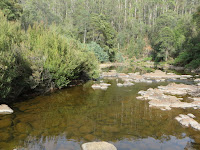 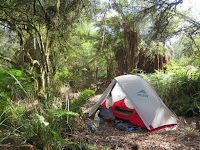 Also thanks for the safety rope, I could hold on to,
in order to climb down to Castra Falls in Mar 2017.  A short Youtube clip of the falls

And .. up the ladder for Minnow Falls day hike. 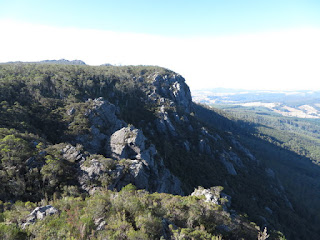 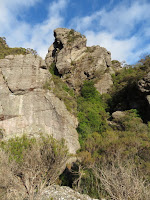 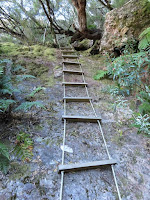 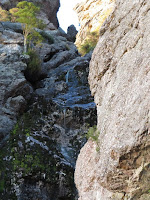 No luck: the waterfalls without water. Photo taken in Feb.
All Trails
Bushwalk.com
Launceston Walking Club
Hobart Walking Club
I also met one walker from HWC at Lunka Lake, Central Plateau. He arrived late and I helped him set up tent and offered him a hot chocolate drink. His torch didn't work and so I lent him mine for his cooking dinner and we had a good chat. In the morning he was allowed to take a photo of me before his leaving. I also had his. 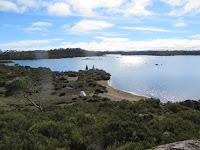 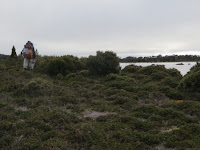 My tent at Lunka Lake campsite. On leaving, T headed east and I went south. 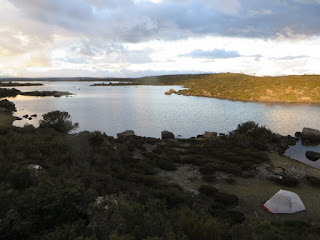 Pillans Lake
My plan of final camping on the long overnight loop including Ada - ZZ - Hters - Pillans - Lunka turned the second last due to a minor navigational mistake on the scruby track back to the start. I was caught up with late afternoon sun and continued on and on without map and compass/gps checking. On arriving back at the car park next morning, I got a message from T.

A week later at Lake Oberon on the Western Arthur, I met another solo walker who helped me achieve my dream of completing it. A couple of times a 20m rope was used. There were only two of us and I was not a rock climber. 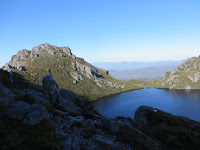 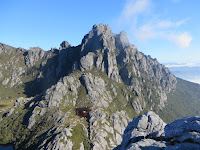 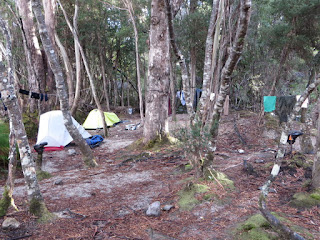 Hard work was done and we were down on Arthur Plains. Tents were pitched at Seven Mile Creek camp after an uncomfortable crossing high and fast-flowing water.

When we were out A.received a phone call from one of the three Tasmanian walkers, those we had met at Lake Oberon and had done the WA in reverse, checking out if we were OK, in fact, I was. It was so nice of him. They had also been so nice that they had offered their camping platform to me, who was the last arrival. One of the guys kept in touch with A. with a plan to tackle Fed Peak in 2017.

A.was also a visitor from Victoria and he had been taken to the trail head by his daughter who lives in Hobart. A had taken good care of me on the Arthur, hence I was happy to drive him to Hobart (a stop for gear repair too. One of my camping gear was broken). We also did two short walks on the way 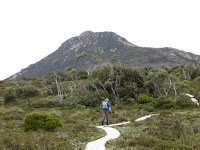 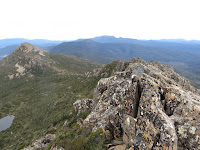 Hartz Peak and Mt Snowy.  From top of Hartz and with a view to the south,
I could see an opportunity for an extended pack carrying hike. 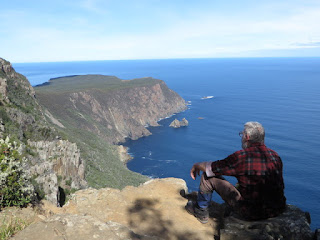