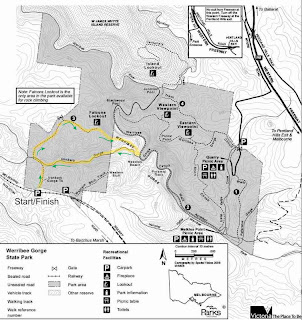 I did this walk just after the Beeripmo Walk over the Easter long weekend.  After I had left Richards Camp, the start / finish of the Beeripmo Walk near Beaufort, southwest Victoria, I took the Western Freeway to Ballan, where I had a quick bite, then continued on.

It was very easy to find the entrance into Ironbark Gorge Carpark.  When I arrived there, there were about a dozen vehicles and the carpark was almost full.  By the time I got ready, it was about 1.30pm.  There was a walking track signpost at the entrance, which shows the track to Falcons Lookout, and takes 45 minutes to get there. 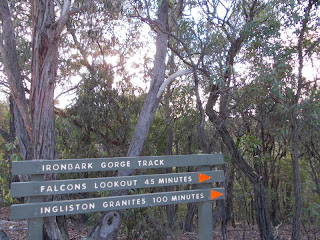 Track signpost at the entrance into Werribee Gorge State Park 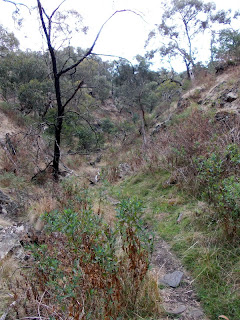 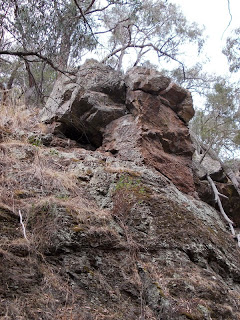 Cliff and rock-outcrop above the gorge track

Crossing the gorge, the track continued north for about 100m, then 570m NNE to reach a signposted junction, where I met two “rock climbers” on their way back to the carpark.  The helmets, which were attached to their packs, suggested me who they were.  Following the signpost, the track turned east, and then it was only about half of km easy up to the Falcons Lookout, which is the best viewpoint in the park.  I hung around here for a while for the views and some photo shoots. 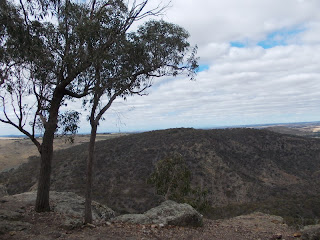 View north from the Falcons Lookout 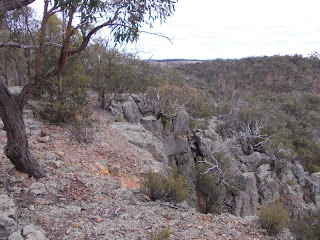 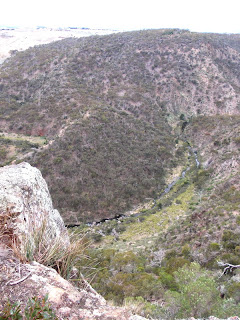 Werribee Gorge and River from the Falcons Lookout


But, my compact AA-size batteries Nikon Coolpix did not do any justice at all.  I became very disappointed while viewing the photos at home, and have thought of saving for a replacement.  Which one?  I like extended bushwalks and a pocket AA-size batteries camera is an ideal for these bushwalks, most of which would give me free-worrying from the need for electricity to charge or recharge the camera battery/ies.  Another disappoinemt is that there is almost no choice of the pocket AA-size batteries camera.  All of the current models are built with lithium batteries.


Leaving the Falcons Lookout, I continued east along the Falcons ridge, and met up with a rock climber, who had just completed her final climb.  I cheered her up by saying that she had made it. 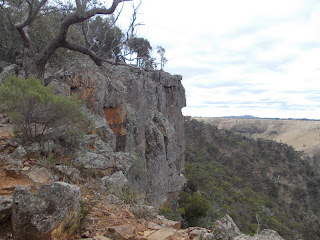 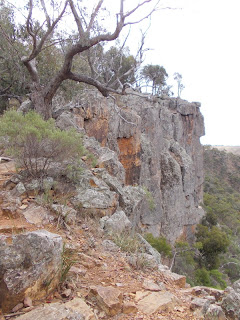 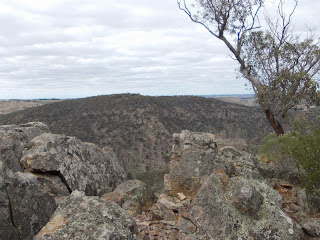 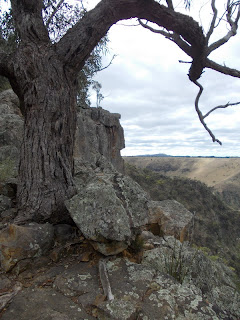 After I had passed the rock climbers, I followed the Falcons Spur, heading southeast for about one km down to the river. 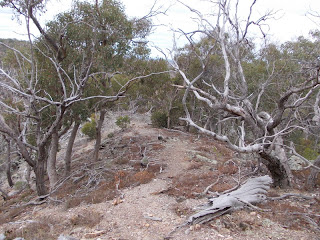 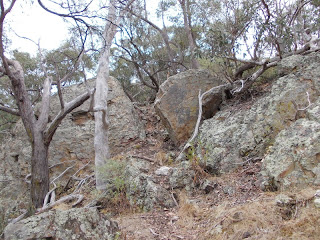 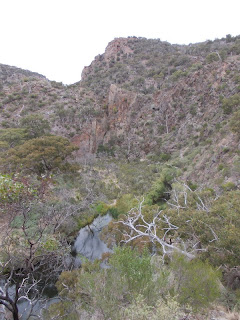 
The last short section of the spur was very steep and on loose rocks.  My trekking pole was put in good use. 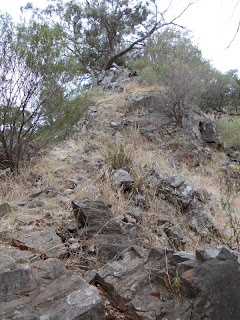 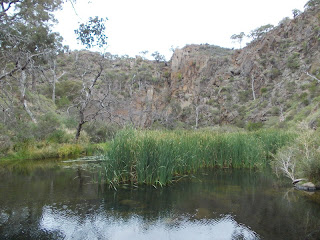 The river at last! 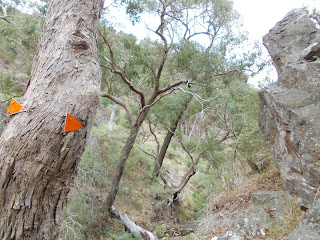 and delighted to see these orange markers

When I got down to the river, it was rather late and the low clouds looked threatening, so, I decided to shorten the walk by keeping to the right track, which provided the option to follow the Ironbark Gorge from east to west to reach the Ironbark Gorge Track. 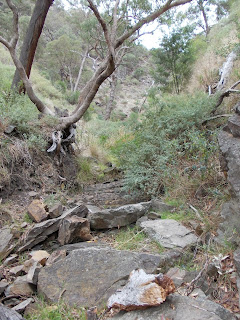 The start of the east to west Ironbark Gorge scrambling 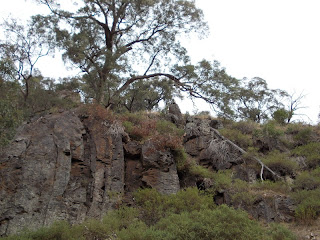 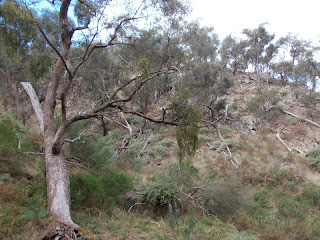 The rock scrambling up in the gorge through some scrub was fun and it was about 1.5km length with a few bends.  I then noticed a foot pad, which led up to the signposted junction  From here, it was about 35m walk back up to the Ironbark Gorge Carpark. 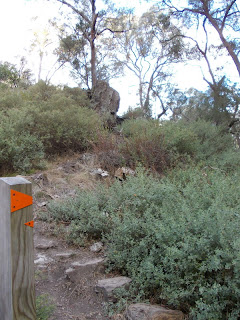 Made it!
This trip was well-worth revisiting. 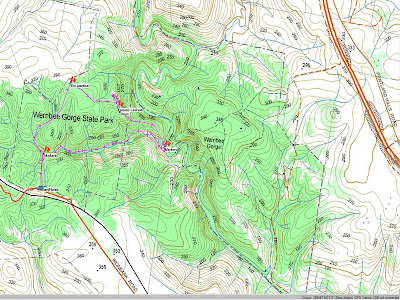