My friend, Allan, and I were lucky to get some skiing this snow season.  We stayed 3 nights at the same lodge as we had been last year and enjoyed 2 full-days downhill skiing (the 4th & 5th September).

There was not enough snow for cross country skiing.  As a result of poor snow conditions, the road to the lodge was snow-cleared and so the Accommodation Transfer Service oversnow was not taken.  We arrived at Falls Creek Alpine Village in late afternoon on the 3rd September and were allowed half an hour to drive up to our accommodation to offload our ski gear and food box, then back down to the Great Alpine Road to be directed to an Overnight Parking area.

Just a week ago, the Kangaroo Hoppet, Australia’s international ski marathon competitors had had a great fun with firm snow and clear skies after good snowfalls.  On top of that, there had also been a large land slip on the Great Alpine Road just past Bogong Village in mid morning, Friday 23rd August, one day before the Hoppet event.  However, there had been lots of support from Village stakeholders.  People, who had been left in Falls Creek, had been located beds.  The road had been open at 7.00am the next day and the Hoppet had to start an hour later than schedule.  Here's The Hoppet race results

Following is our 2 days of DH Skiing:

We had toast and a cuppa for breakfast.  We left the lodge at 9.30am and carried our ski gear down the Falls Express Lift.  Gear had been hired the day before to save time.  Allan had his own, so he did not need to.  I had a little bit of warm-up while waiting for Allan to purchase Snow Pass, the ticket for all day use of the lifts at Falls Creek.

I used the lift last year, so I was more confident to get on and off.  On leaving the Falls Express, we headed to the carpet, which is intended for beginners, for some warm-up.  Leaving here, I followed Allan heading for a short traverse across intermediate terrain, then took the Towers Lift to get back to Drover’s snowfield.

It was a good move that we took an early lunch at Cloud 9 so that it was not crowded.  After lunch, Allan went for a bit more challenge such as tackling Ruined Castle and Scotties, while I tried to keep an eye on snow school groups to pick up some skills from instructors at the Drover’s Progression Park.  Near the end of the day, we skied down Wombat Ramble to get back to Falls Creek Alpine Village, and walked past the ski gear store then to the lodge on the hill, which is about 100m away.
After showers, I joined Allan and his friend, Steve, who is the lodge manager, for a beer and had a chat until 6.30pm, when we were leaving for evening meal at the Cock’n’Bull, Olde English Pub.  The Irish “home” brew and the slow-cooked lamb shank were fantastic.  Back to the lodge, the conversation between Steve and Allan went on and on, while I was reading ABC Melbourne's news from my tablet to catch up with updates of Federal Voting.  I had had little sleep the night before, so very much looked forward to hitting the sack.

I had such a wonderful sleep, unlike Allan.  It took an hour for him to fall asleep.  We were up earlier than yesterday to beat the weather forecast for light showers in the afternoon.  Allan wanted to try new skis today, therefore decided to hire them.  He has had his skis for over 15 years.  Steve had recently spent over a thousand dollars for his new K2 downhill skis.  Steve has downhill skis, telemark downhills, and several sets of cross-country race and touring skis and recently came 149th, out of the 274 that finished, and 15th in his class, in The Falls Creek Kangaroo Hoppet 42km marathon ski race.

After kicking off with the hired skis on some challenge terrains for a while, Allan was rather pleased with the new DH skis that helped him a lot with turning on the soft wet snow.  They are not as long and heavy as his.  We hope that we will be able to get some bargains at the end of the season.  Keep looking and looking.

Steve was able to catch up with us at noon for lunch.  He had a beef roll and a coke while Allan and I had two sushi hand rolls and a cuppa.  After lunch, I was given a few ski lessons from Steve.  Then, both Steve and Allan were off heading for Big Dipper, one of the more advanced runs of Falls Creek.

When they came back, we all headed to Highway 83, which is graded as an intermediate level.  I followed Steve.  Allan skied behind me just in case he was of assistance.  At the Towers Lift, Steve said good bye to us and headed back to the lodge.  He started very early this morning.  Allan and I continued on.  While I was having more practice on Highway 83, Allan kicked off for some fast skiing.  We met again on the last lift ride then skied back to the lodge via Wombats Ramble as we had done it yesterday.  However, the today skiing experience was somewhat different, for sure, and I very much look forward to the next skiing opportunity.  When???

Here's the link to Village and Winter Trail Maps 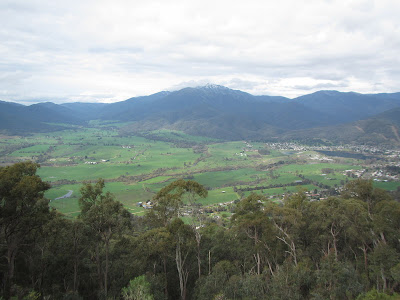 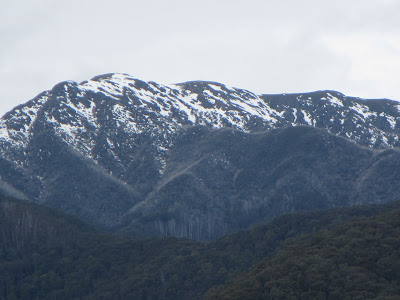 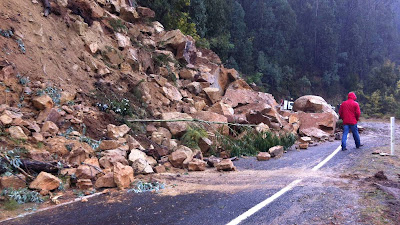 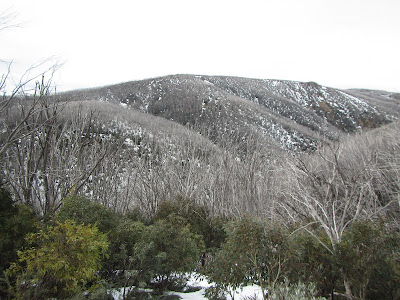 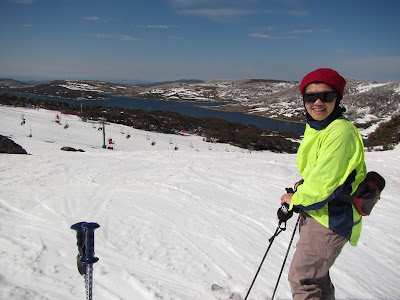 Me on the traverse to Towers Lift 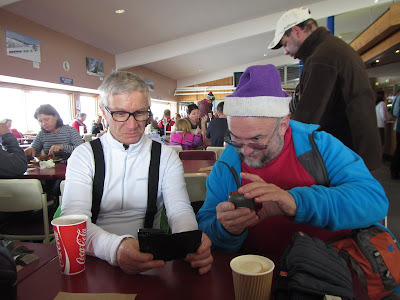 Steve and Allan at lunch in Cloud 9 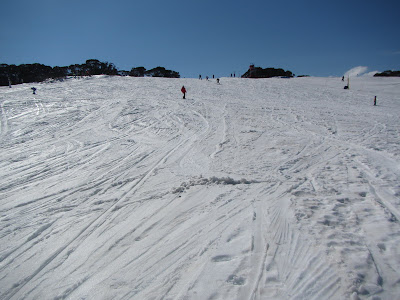 Me on Drover's Dream for a video shot 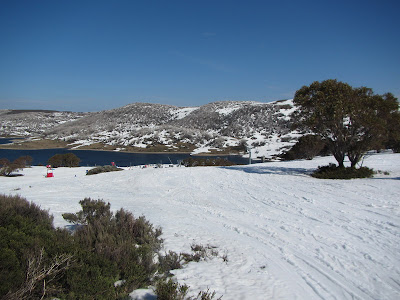 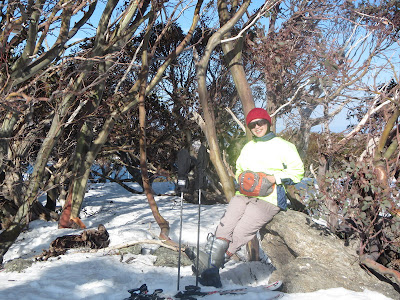